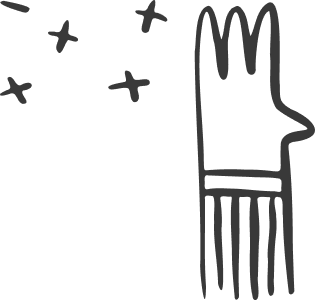 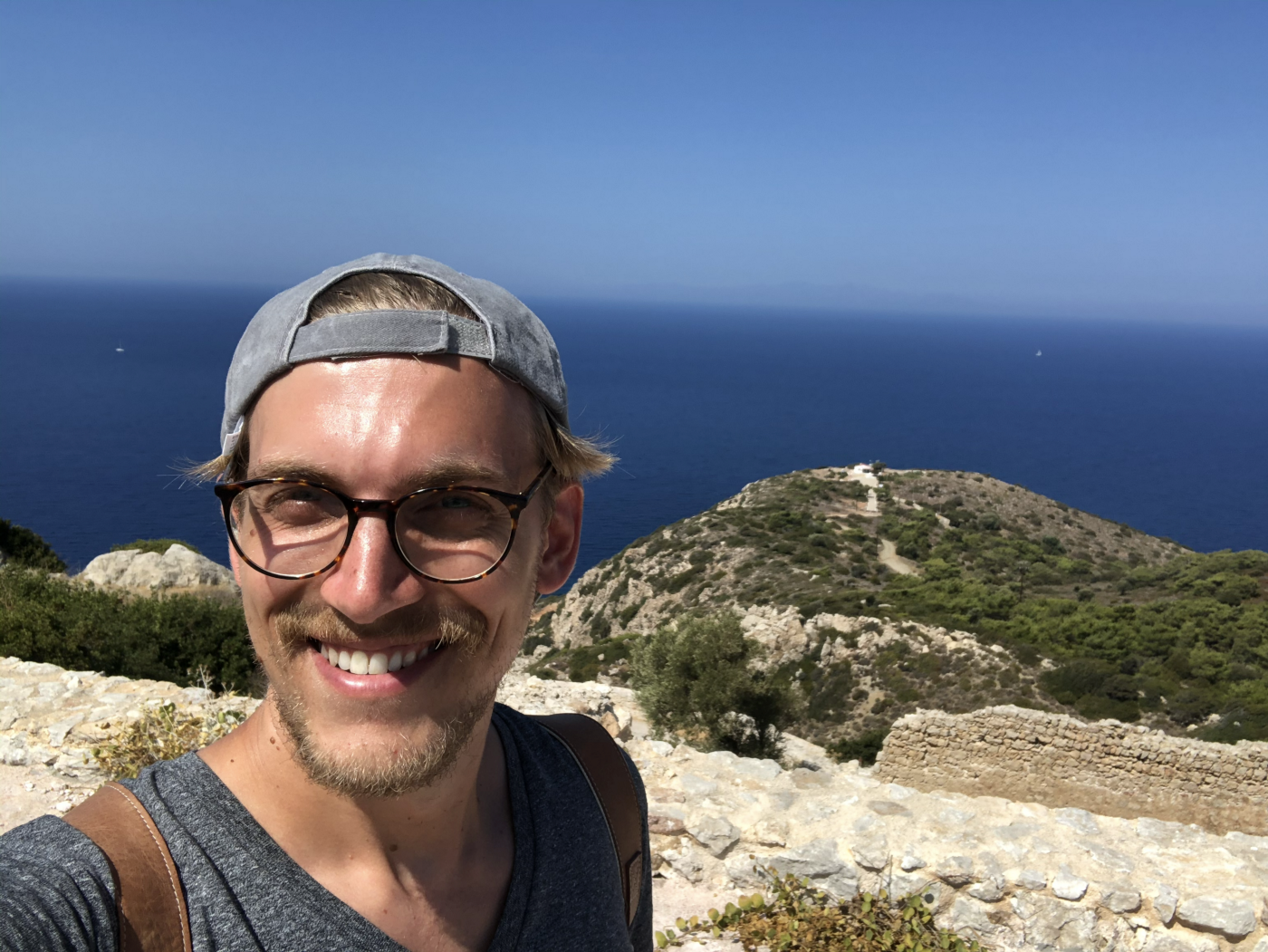 Raphael Voellmy is the Head of Frontend Development at Angle, also known as Galactic Viceroy of Code Wizardry. As the first official employee of Angle, he joined the social audio journey early on and expanded his product involvement quite fast from the Angle web app to the mobile apps to support our CTO Valerius. When our head of marketing sat down with him for this interview, she realised quite fast that he always seemed to have a knack for discovering new technologies far before the beginning of the hype cycle…

In 2012, you were one of the first Bitcoiners in Switzerland. How did you become aware of cryptocurrencies?
On a random post on subreddit, some people were discussing if it’s ok or not to talk publicly about “the silk road” or if it should be kept a secret. Needless to say that totally triggered me and I researched everything around the dark web, dark web markets and Bitcoin. Without really understanding the technology I was amazed by this mysterious form of money and the more I read about it the more I fell in love with the technology behind it and its potential.

What convinced you to join Angle?
I had worked together with Valerius and he invited me to be a guinea pig for the very first iteration of the Angle product. I was happy to do so, but honestly I wasn’t a huge fan of the product and frankly didn’t really believe it would succeed (pssst don’t tell them! 🤫). After a couple months they released a new iteration of the product that had some significant changes. This new product was in its essence what Angle is today — just much rougher around the edges. But already, I saw myself actually using it — not to do Valerius a favour but because I actually wanted to use it. And every time I used it, I learned something new and was positively surprised by the experience. By using the product I also had multiple encounters with all the co-founders and got to know how they tick.

To get back to the question: I joined Angle because 3 reasons:

What’s the craziest feature on your “random feature friday” list?

Hm, I think animating the avatars in a conversation with deep-fake technology. Completely useless but awesome.

What do you love most about working on the Angle platform?
Coming from a lot of corporate jobs I absolutely love how fast we go from coming up with an idea to pushing it to all users of the platform. I love being able to take risks and trying something new without having to go through 2 layers of management first. I love working on a product that is used by individuals and not corporations. I used to work on passion projects outside of work, now my work IS my passion project, and in my free time I chose to work on Angle.

What’s the coolest thing you have ever built?
You mean apart from the Angle web app? Maybe my website to create beautiful guitar chord diagrams: https://chordpic.com. That’s my only pet project that actually generates some revenue and it was super fun to build! Imagine earning money with your hobby, that’s just awesome.

What’s the most valuable learning experience in your professional career so far?
My first “real” full time job as a software engineer at ti&m AG. This job has brought me from hobby/student developer to a professional level. There, I collaborated with some very skilled frontend engineers that have taught me very valuable lessons that I still make use of today.

You’re an avid board game enthusiast. What can software developers learn from playing board games?
Three things:

Is Java really dying?
Yes. Why would you use Java if there is Kotlin? It doesn’t make sense. Why are people still starting projects with Java?

“But the eco-system…” — STOP IT RIGHT THERE! Kotlin offers perfectly seamless interoperability. “But it’s so young and immatu…” — ALL ANDROID APPS USE IT! Literally BILLIONS of devices run Kotlin apps without any problems. “I’m comfortable with Java, I don’t want to learn…” — IT TAKES ONE DAY TO LEARN!! You can apply all your knowledge to Kotlin. You learn it once and you will never ever want to go back to Java. 😅

GitLab or GitHub?
Uuh that’s a tough one. I’m gonna say GitHub for open-source projects (because you want to brag about the GitHub stars you have on your hobby project to your engineering friends) and GitLab for everything else. I absolutely love GitLab’s CI.

What’s the deal with your cat obsession?
What’s the deal with people NOT being obsessed with cats?? I mean look at them. How can you look at a cat and not melt? They are divine creatures. I’m an atheist but looking at cats I question my atheism because this level of cuteness can’t possibly come from evolution. I mean just look at a cat’s paws. Or ears. And then they make the cutest sounds as well. But that’s not enough, they also smell AMAZING and are super soft and fluffy. Oh and I love how they are so independent and just explore the world on their own, but then they always come back home. So loyal and so cute.

Bitcoin or stocks?
Both. Don’t put all your eggs in one basket.

Another time I met Fisher Stevens. He’s neither very well known nor very cool but he had a role in “Friends”, one of my favorite TV series.

What’s the most valuable skill in an engineer?
Perseverance. By really trying to solve a problem without giving up you learn and get better. If you give up easily you will never learn to code.

Ubuntu or Linux?
Ubuntu IS Linux so this question doesn’t really make sense 😂

Oops. I tried to come up with cool questions to ask a developer. Mission failed. 😂
….but if the question was “Ubuntu or Arch Linux” then my answer would be “pff Ubuntu? More like n00buntu. I use Arch btw”. (To be 100% honest I used to be a huge Arch fanboy but have now switched to Mac OS like every other hipster programmer. I don’t like to work in coffee shops and drink lattes tough)

Who would you love to have a conversation with on Angle?
Maybe Robert Krulwich, he’s a retired podcast host of one of my favorite podcasts “Radiolab” and he’s fun and smart and has a voice that relaxes you instantly.

Alternatively I would also love to chat with Andy Zaltzman, one of my favorite comedians and host of my other favorite podcast “The Bugle”. He’s like the unappreciated twin of John Oliver who is equally hilarious but not nearly as well-paid or well known as John Oliver. 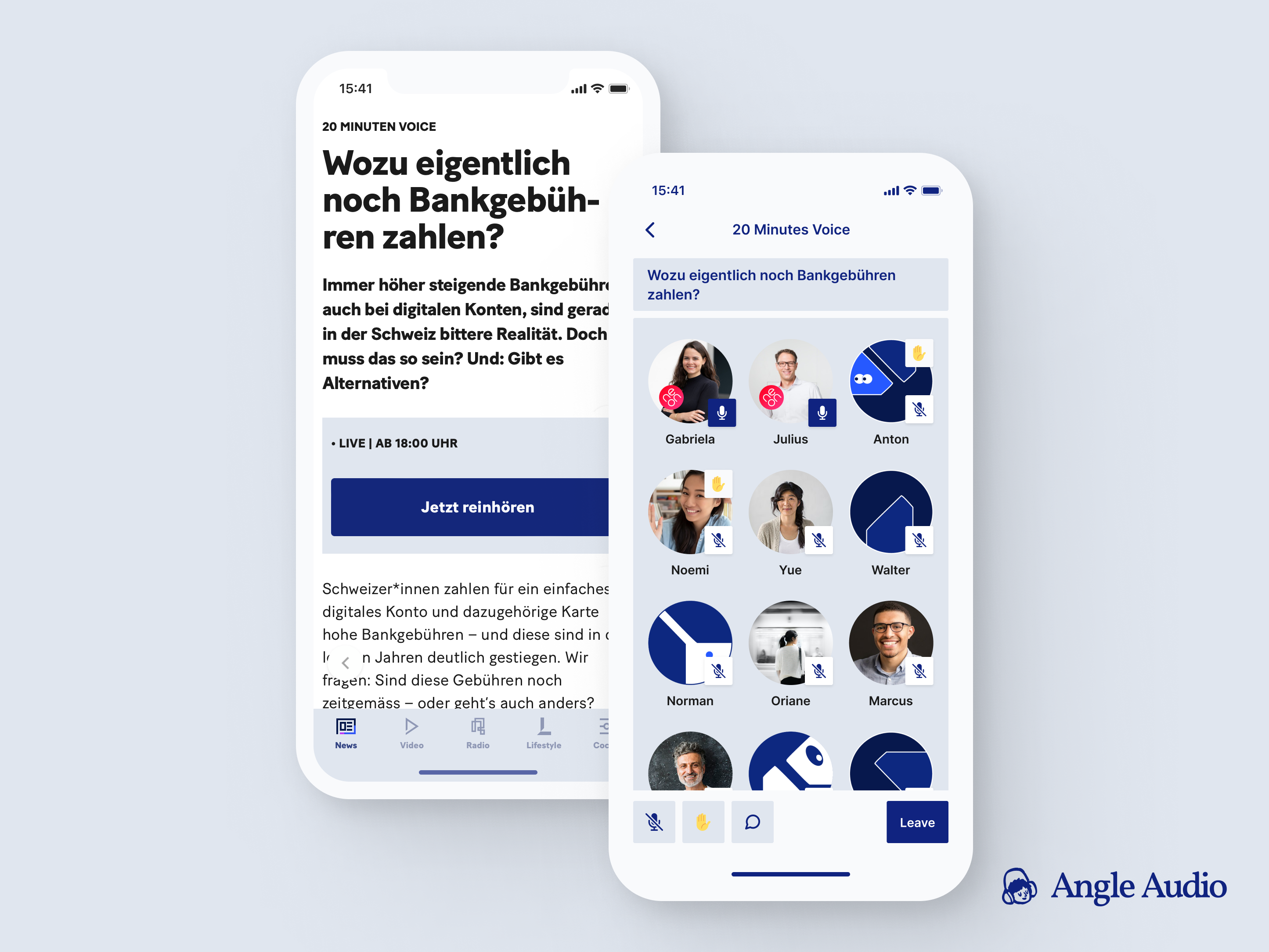 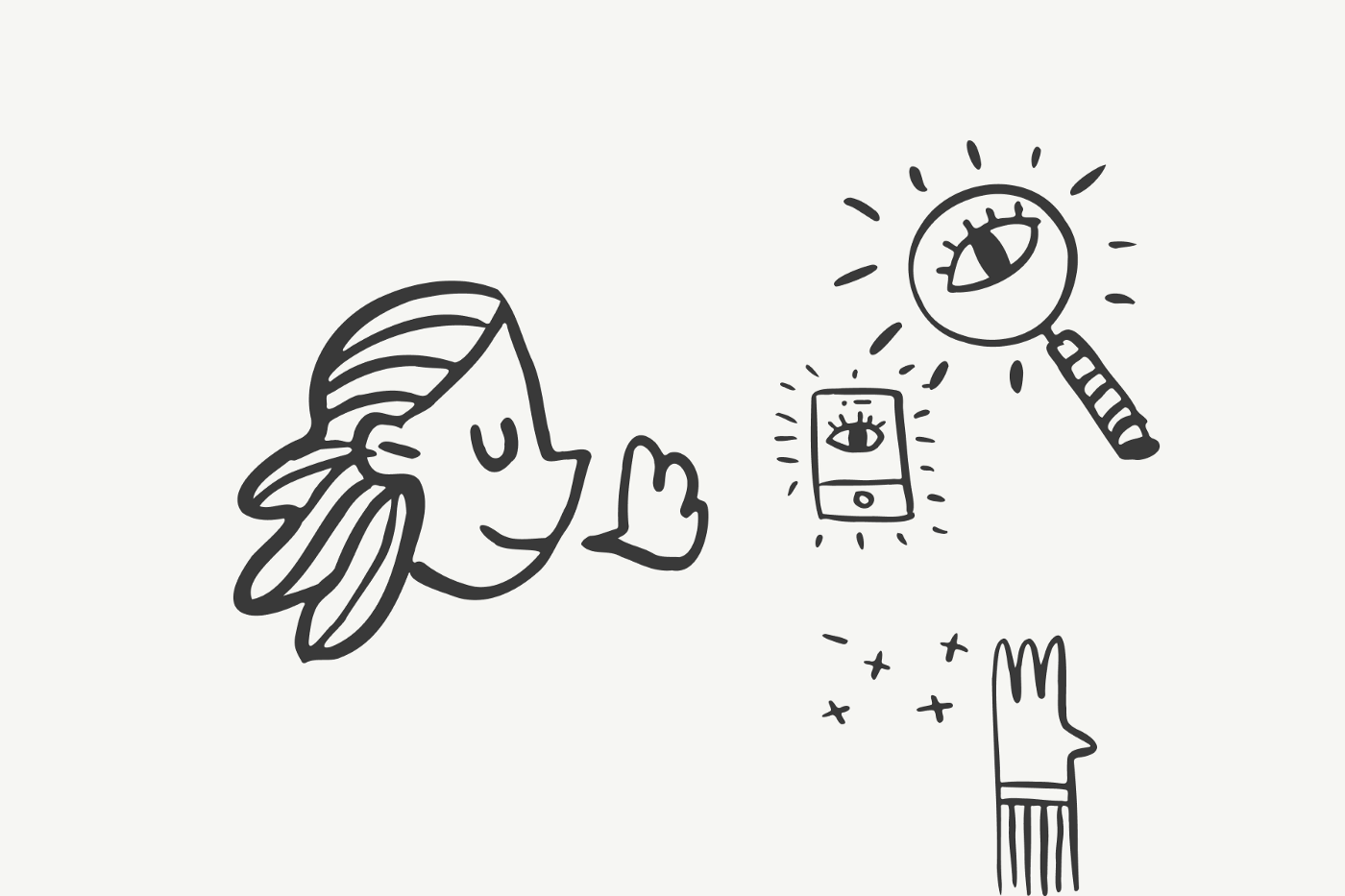 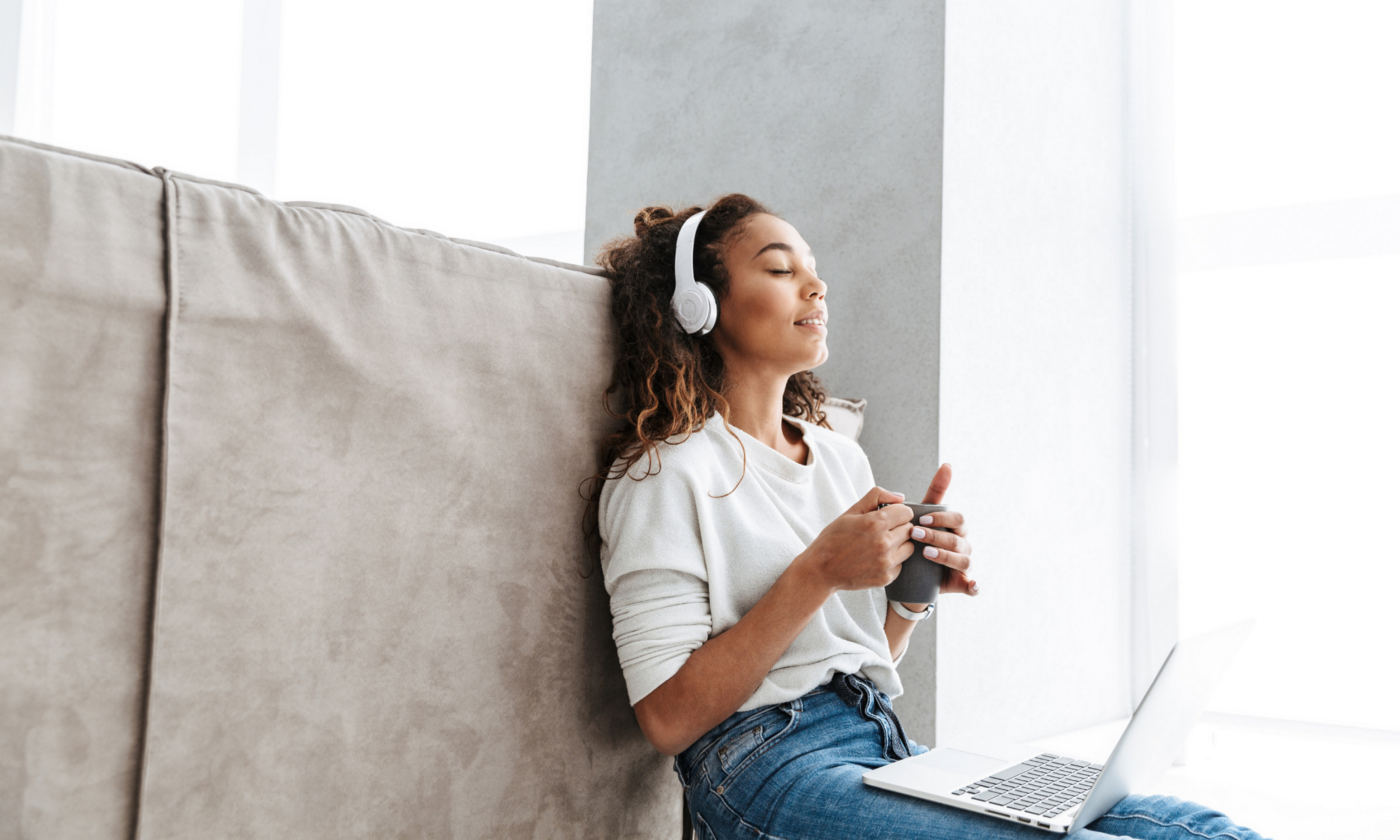 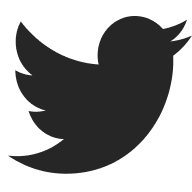 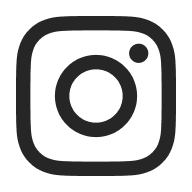